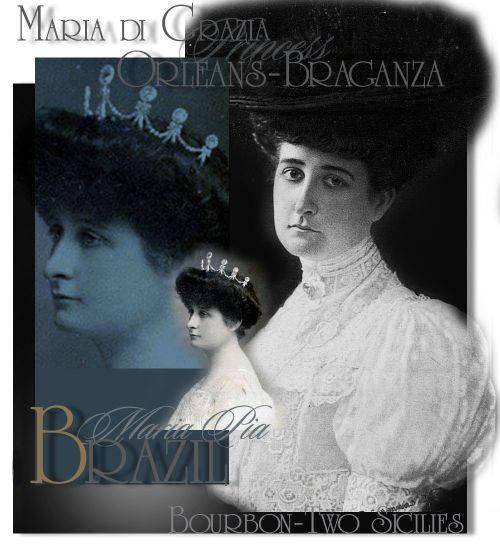 The bride was gifted with a diamond tiara from Archduke and Archduchess Rainer, ( the generous childless pair Archduke Rainer of Austria 1827-1913 wife Archduchess Marie of Austria the couple was probably the most popular amongst the Habsburg family )with swags of diamond, on top with bow and ribbons – a cluster was set above on each garland. Other precious presents see in the link.⁣⁣⁣⁣
⁣⁣⁣⁣
In the afternoon, a tea was served at the Grand Hotel by the Count and Countess of Eu: the Duke of Chartres, the Princes Dom Pedro and Dom Antonio of Orleans and Braganza, the Count and Countess of Caserta the Duke of Calabria Jnfant Don Carlos of Spain Princess Louise of France, Prince and Princess Johann Georg of Saxony, Grand Duchess Mother Anastasia Michailowna of Mecklenburg-Schwerin and so on….