More about the royal jewels of the Fürstenhaus of Hohenzollern-Sigmaringen

The jewels of her mother Louise Crown Princess of Sachsen:

Tiara of Princess Maria Anna of Saxony, Grandduchess of Tuscany

Tiara of Princess Maria Anna of Saxony, Grandduchess of Tuscany

This imposing attractive and historically important pearl and diamond tiara was made circa 1817 for Princess Maria Anna of Saxony 1799-1832 on the occasion of her marriage to Leopoldo II, Grand Duke of Tuscany 1797-1870 at Castle Pillnitz near Dresden. The Grand Duchess died very young and the Grand Duke married secondly, in 1833 Donna Maria Antoinietta of Bourbon, Princess of Two Sicilies 1814-1898.

The lost sapphire jewellery of Empress Alexandra Feodorowna of Russia

When Fersman* listet the russian imperial jewels for sale, pos Nr 240 was discribed as 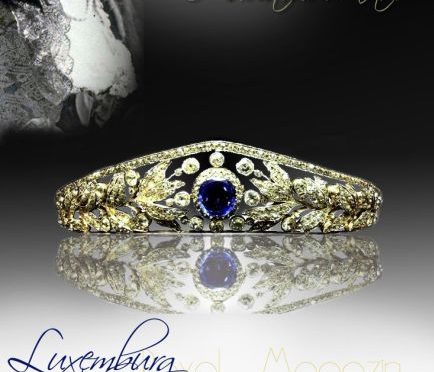 The diamond and turquoise necklace is of stylised swag design, set with turquoise cabochons, highlighted with marquise, pear-shaped, brilliant circular single-cut and baquette diamonds. It was probably one of the private jewels of the Shahbanu Farah Diba.

It was seen when Farah Diba visited Emperor Haile Selassie of Ethiopia in 1968, at the state visit of Turkey and she wore it at the Near East Foundation dinner, in her honour, at the Waldorf Astoria New York in 1962 on the official visit of the Shah of Iran and his wife Farah Diba in America.

Above the Empress Farah, wife of the Shah of Iran, wears a large tiara with diamonds and pear-shaped turquoises and the matching pendant earrings. The parure, by Van Cleef and Arpels. had a larger turquoise and diamond necklace than the one in which the Empress is pictured above. Another tiara with smaller turquoises was sometimes worn by her.

The jewels of the Shah are deposited at the Bank of Iran,  and they are owned by the state.
Thank you to Volker who provided me with this information. 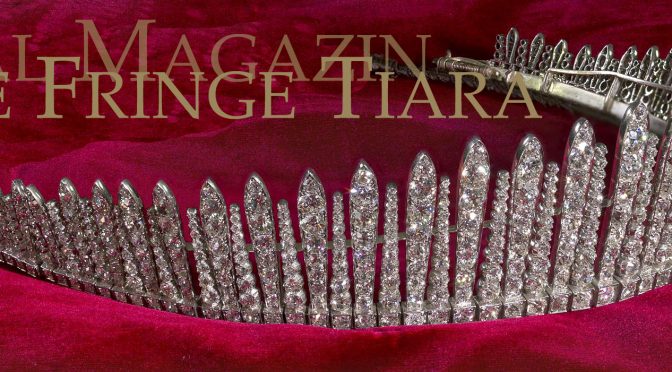 The Earl of Southesk and his fiancée Camille Ascoli were married on, 5 September 2020. The Countess of Southesk wore the Fife Fringe Tiara, which had been on exhibition at Kensington Palace, since 2018. The diamond tiara was taken off display for the Carnegie wedding.

It was the wedding gift of Queen Alexandra and King Edward to their daughter the Princess Royal Louise, Duchess of Fife.

Charles „Charlie“ Duff Carnegie, Earl of Southesk, was born on 1 July 1989. He is the eldest of three sons of David Carnegie, 4th Duke of Fife, and his wife, the former Caroline Ann Bunting. Charlie Southesk is a great-great-grandson of King Edward VII.