The Greek Diadem This diadem in a Greek design was made as a setting for the Regent Diamond. 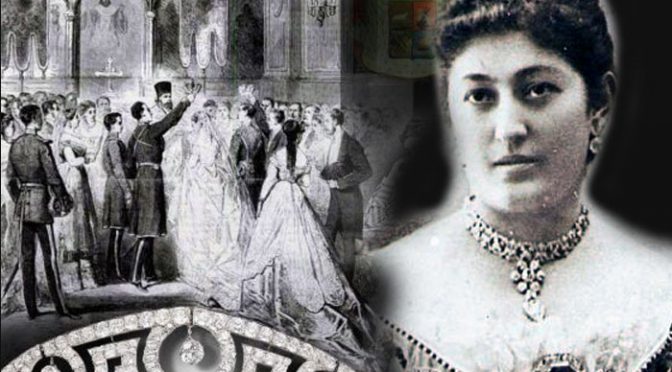 Queen Victoria’s Diamond Fringe Sunray Tiara given to her daughter Princess Beatrice of the United Kingdom. Below a picture of the Queen wearing the fringe tiara together with her diamond earpendants, diamond necklace, diamond brooches and diamond ear of wheat brooches.

More details of the jewels of Princess Beatrice >>

The magnificent sapphire and diamond parure with elements of the „Thistle of Scotland“ , the „Rose of England“ and the „Irish Shamrock“, as diamond stylised three leaf trefoils, was a heirloom of her mother Grand Duchess Maria Alexandrovna, the Duchess of Saxe-Coburg.